Reyhanli is a city en route from Aleppo, Syria to Turkey. A place with only more than 100,000 local population now received an influx of 120,000 fleeing Syrian refugees. In addition to terrorist attacks, the rapid surge of population has confronted the city of Reyhanlin with many social issues, such as poverty, unemployment, lack of infrastructure. Furthermore, tension has been building up between the local Turkish population and Syrian refugees. Up to two thirds of refugees left in border cities are women and children. It is currently estimated that nearly 400,000 Syrian children have no access to medical care, let alone education. As conflicts drag on, the international attention for refugee issues has been waning. These asylum-seeking women and children are stranded.

The Taiwan Reyhanli Center for World Citizens is the first building project of international collaboration aiming to help refugees in Turkey. Some of the building materials came from the remaining parts of the bombed and destroyed Great Mosque of Aleppo, symbolizing inclusion and shared faith. After five years of negotiation and efforts, the team eventually enlisted support from the local government, NPOs and citizens. However, COVID-19 disrupted the supply of resources. In order to build a center for sustainable development which provides job opportunities and a livable environment for women and children. Architect Chiu Chen-yu launched a crowd-funding project through which he invites everyone to join him and reshape the world.

Founding Director of The Taiwan Reyhanli Center for World Citizens 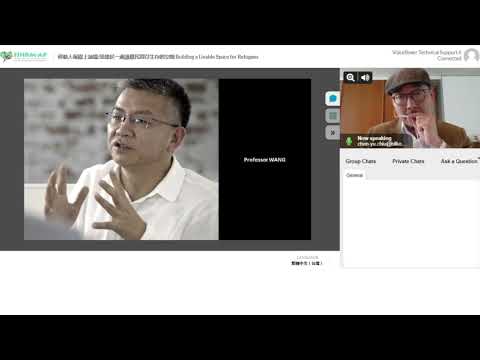 Building a Livable Space for Refugees