Print Email to Friends Google Bookmarks
Rss
October 6 Museum Project
October 6 Museum Project started from a group of academics, researchers, film director, and architecture, it stemmed from an online archive Documentation of Oct 6 which archiving the massacre that took place on 6 October 1976 at Thammasat University, Thailand. While there is a lack of museums portrait the past political violence, the team realize that past violence needs to be connected with the present so to better understand what is happening now and to prevent future recurrence of violence. This can be done by seeking answers to why and how violence has existed and what reinforces such violence, as well as establishing the perception that history and socio-political spaces do not belong to the state, but rather belong to all. Museums and archives for peace is one way of ensuring that the state view is challenged. Past violence, as a collective memory, is a communication process. If there is no talk, discussion, participation or writing on the past political violence, society will not only forget what happened, but also their capacities to seek justice and state responsibility, raise questions and embark on the action for real change will be undermined, perceiving that they are powerless. While the state has constructed the dominant version of the history of past violence and attempted to cover up its shame which undermines people’s capacity to demand justice and state responsibility, the team believes that the museum can be one of the socio-political space to confront the culture of impunity.

The October 6 Museum Project started in June 2019, the activities at the first phase are collecting, documenting and archiving all materials and documents related to the 6 October 1976 Massacre as well as other political violence in the different area across Thailand. The first exhibition was launched on 5 October 2019, the project organizes series of activities such as seminars, archiving workshops for CSOs, and activities related to human rights. The project also collaborated with the Faculty of Architect, Thammasat University for their student graduation project on the design of the 6 October 1976 museum. 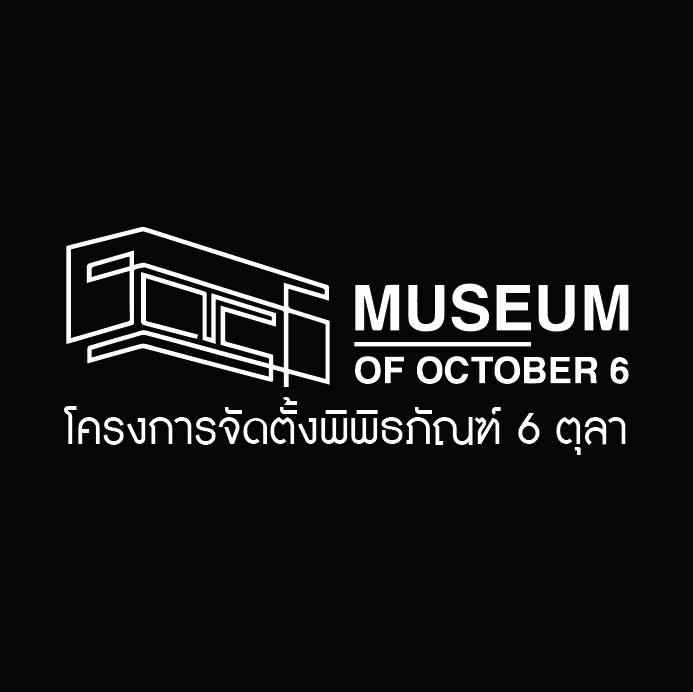