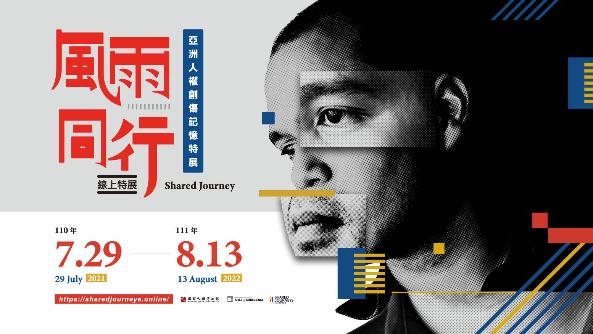 History is often presented as a single narrative that unfolds on a linear path, from one event to another. These ‘grand narratives’ of history are often shaped by entrenched ideologies, victors’ perspectives, colonial legacies, patriarchal values, and contested identities.

The Afghanistan Human Rights and Democracy Organization, AHRDO, initiated the “Memory Boxes” project in 2011 that is to collect records of thousands of items, such as the victim’s belongings, narratives, and stories from different conflicting periods at various locations, in order to challenges the deep-seated culture of impunity, public amnesia and a policy of forgetting the past.

In the seven decades since 1951, the rise in the number of Tibetans protesting and committing self-immolation, the religious repression and cultural genocide continues within Tibet; monitoring and surveillance of citizens’ activities is at unprecedented levels; language rights are denied; and enforced disappearances and arrests are commonplace. The Exhibits highlight hidden histories that contest the CCP’s narratives.

In 1989, Taiwan introduced the first group of migrant workers from Southeast Asia and it has steadily grown since the passing of the Employment Services Act in 1992. Today the migrant worker population in Taiwan exceeds 710,000. Despite being an important driver of the economy, they are either invisible to the general public or simply treated as work-horses who when they are no longer fit to work, run away rather than being repatriated to resort to a life of crime or become victims of violence. Through the oral histories of four migrant workers and their life stories, this exhibit contests that popular narrative.

The exhibits from Cambodia focus on survivors’ narratives from the period of history dominated by the Khmer Rouge, especially the treatment of ethnic and religious minorities, and the continuing need for memorializing the victims of violence through inter-generational dialogue

The Peace Institute of Cambodia

During the Liberation war of 1971, the Pakistani Army, together with their local collaborators used sexual violence and rape as a weapon of war. The objective was cultural genocide, a change in ethno-linguistic identity through Pakistani children born to Bengali women. This exhibition showcases the stories of survivors of sexual and gender based violence that speak their truths to demystify the humiliation and public shame placed on the victim.

After 26 years of conflicts, “The Herstories Project” of Sri Lanka archived with 285 women’s stories collected between 2012 and 2013. It is a deliberate effort to narratives of war and to give voice to women in conflict. “The International Centre for Ethnic Studies” uses comics as a means of creating a space for irrevocably divided communities. This oral history project by the Institute for “Social Development” captures stories of re-migration and internal displacement of estate-sector Tamil communities. This exhibit traces the history of migration through three stories of (re)migration.

The International Centre for Ethnic Studies

The Institute for Social Development

The human toll of the ‘People’s War’ (1996-2006) in Nepal was profound; over 17,000 people were killed, 1,500 disappeared and an estimated 20,000 tortured. Almost eight years passed before any transitional justice mechanism was formalized when the Truth and Reconciliation Commission and Commission of Inquiry into Enforced Disappearances were legally mandated by Parliament. Both the commissions failed to address the need of the victims’ families. Both, the Network of Families of the Disappeared and Voices of Women Nepal work on transitional justice issues and believe in advocating for a victim-centered approach. Their work contests historical memories of the conflict through story-telling.

Network of Families of the Disappeared, Nepal

This exhibition serves to remind us that history is also perspective. These stories are not unique, and their impact is not just localized to a specific country. They are histories of our world.